In general, it can be said about steel beams that beams are structural steel products whose task is to withstand heavy loads. These beams have many different applications in the construction of buildings, houses and geometric structures. Beams have different sizes, which are determined by the structural engineers according to the specifications of a structure.

In this article, we want to explain more about steel beam installation.

Types of beams are: Timber Beam, steel beams, reinforced concrete beams and composite beams.
If we want to name the types of steel beams in general, we can say that these beams have three categories: standard beams or S beams, wide flange beams or W beams, and pile beams or H beams. It should be noted that the H-beam is also known as the I-beam or the universal beam.

This beam is widely used in the construction industry.

I-beams have many and important uses. These beams are used as vital support trusses or in the main frame in buildings. These steel beams provide the integrity and strength of the structure.

How to install steel beams

If you want to install steel beams in your house or building, you must remember that this should never be done without hiring a structural engineer. To install the beam, a structural engineer or engineering company must first perform the necessary calculations and then the installation process begins.

The beam installation process is as follows: First you have to install one LVL (Laminated Veneer Lumber) at a time. Then you have to nail them together in order. You can also use construction adhesive for more strength. To connect the beams to each other, a notch can be made in the base and the connection point of the beams, and from these gaps and galvanized metal caps, they can be connected to each other. 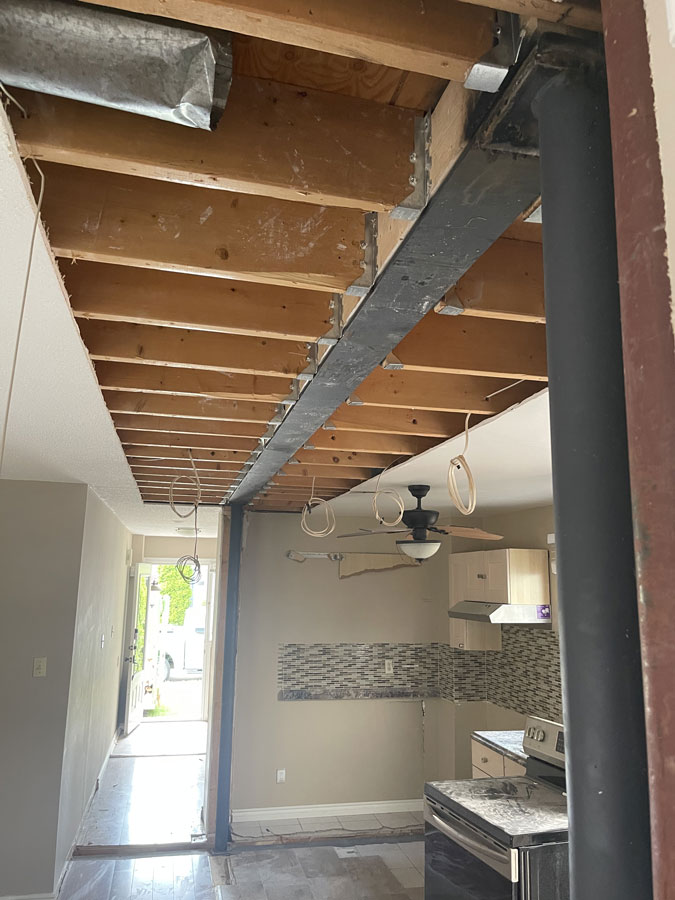